It might seem strange to discuss the impact of the European Union on Turkish foreign policy at a time when Turkey is accused of moving away from the West. The flotilla crisis with Israel and the “no” vote on tougher sanctions against Iran at the UN Security Council are the most recent events which seem to confirm Turkey’s abandonment of its traditional allies. However, until recently, prominent scholars such as Aydin and Acikmese (2007), Ozcan (2008), Altunisik (2009), and Muftuler -Baç, and Gursoy (2009) were writing about the Europeanization of Turkish foreign policy. In fact, Turkey’s broad alignment with the EU’s Common Foreign and Security Policy (CFSP) was continuously lauded in yearly Progress Reports. The latest Turkey Progress Report (2009) states that Turkey’s alignment with EU CFSP policy has continued and that Turkey aligned itself with 99 CFSP declarations out of a total of 128 declarations.

“the concept of Europeanization refers to theadaptation to European regional integration.”

On the other hand, Turkey began to be accused of shifting axis from West to East (Cagaptay 2009). According to this alternative line of argument, Turkish foreign policy did not become Europeanized. Au Contraire, Turkey’s improvement of relations with countries which just a decade ago it nearly went to war with had little to do with Europe, and more to do with the Islamic pedigree and intentions of the Justice and Development Party (AKP), in power since 2003.

So what is actually going on? Are the above-mentioned analyses which consider the impact of Europe on Turkish foreign policy simply wrong? I would argue that they are not wrong, but that the EU impact has been somewhat overestimated, in particular when the internalization of EU foreign policy norms by Turkish policymakers is concerned.

The concept of Europeanization refers to the domestic adaptation to European regional integration (Vink and Graziano 2008). It was initially developed for communitized policy areas of the first pillar and for domestic changes in member states but gradually began to be applied to foreign policy (Smith 2000, Major 2005 and Wong 2008) which is located in the intergovernmental second pillar, and to candidate countries (Grabbe 2003 and Schimmelfennig and Sedelmeir 2008).

As pointed out by Major (2005), there is a risk, when assessing the Europeanization of foreign and security policy at the domestic level, of overestimating the EU impact and ignoring other endogenous and exogenous influences. Similarly, Grabbe (2003) argues that, when analyzing process of Europeanization of domestic policies and processes of candidate countries, it is important to be careful to discern whether the outcomes are results of EU-driven change or whether other non-EU processes are at work, either domestic or international. In other words, one must be very cautious when applying the concept of Europeanization to intergovernmental policy areas and to candidate countries. Accordingly, one must be twice as careful when trying to assess the EU im- pact on the foreign policy of a candidate country.

The compatibility of Turkey’s foreign and security policy with that of the EU, attested in previous Progress Reports, did not necessarily mean that it was due to a process of Europeanization. The existence of similar policies does not mean that there is a causal relationship between the impact of the EU and transformations in Turkish foreign policy. The causal factors of change might be located elsewhere. Similarly, the harmonization of policies does not mean that EU norms have been internalized by Turkish policy-makers. Increased convergence can be a result of similar norms operating at the EU and at the Turkish domestic level, but not necessarily these norms have originated in the EU and then were transferred and internalized by Turkey. They can be similar to EU norms but might have been developed domestically.

“when analyzing process of Europanization ofpolicies and processes of candidate countries, it is important to be careful to discern whether the outcomes are results of EU-driven change or whether other non-EU processes are at work, either domestic or international.”

That is precisely my argument The norms and principles guiding the transformed Turkish foreign policy were originated internally, and it is too premature to say that Turkey has internalized EU CFSP norms. Turkey’s transformed foreign policy is a result of a different security culture being espoused by political and societal actors, such as the AKP, businesses, and civil society organizations. However, the EU role should not be underestimated either, since it was due to the membership process that such actors were empowered and their Policy choices legitimized.

The EU has been used by Turkish political actors as a vincolo esterno (an external tie) which empowers certain domestic actors at the expense of others and provides justification and legitimacy to certain policy courses which otherwise would be considered unacceptable. The term vincolo esterno was introduced by Dyson and Feather stone (1996, 1999) and refers to the strategy of exploiting an external tie (in this case, the EU) by some domestic actors in order to improve their positions in domestic political conflicts. It is conceived as an opportunity to acquire additional resources to exert influence, while severely constraining other actors’ freedom of manoeuvre. As a result of EU reforms, the power of the military was curtailed, and political and societal actors were empowered. These political and societal actors are thus more able to express their policy preferences and put them into practice, including in foreign policy.

“Turkey’s transformedforeign policy is a result of a different security culture being espoused by political and societal actors, such as the AKP, businesses and civil society organizations.”

Turkish newly empowered political elites have a very strong foreign policy vision of their own, which becomes clearer in issues of disagreement, such as the appropriate method to deal with Iran’s nuclear program. They were able to put this foreign policy vision into practice because they were empowered by EU reforms, and in some of their foreign policy moves, they received EU legitimacy, which helped to justify their decisions domestically.

“Turkish newly empowered political elites have a very strong foreign policy vision of their own, which becomes clearer in issues of disagreement, such as the appropriate method to deal with Iran’s nuclear program.”

Hence, the EU impact should be understood in terms of it being used as a vincolo esterno rather than a diffuser of norms that were internalized by Turkish actors. The EU is a necessary condition to the change in Turkish foreign policy but is not sufficient to explain it. It was rather fortunate that most of the foreign policies of the AKP pursued under the framework of “zero-problem” policies are in line with EU CFSP norms. It is possible that in the future, as the socialization process increases, EU norms become fully internalized, as some accounts have suggested that it is beginning to happen. However, since Turkey as a candidate country does not socialize as much as a member state, and the policy area discussed here is intergovernmental, it might take some time.

* Paula Sandrin is Doctoral Researcher at the University of Westminster. 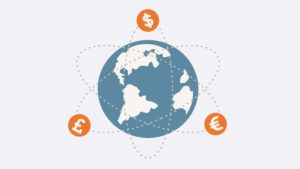 Next post The ‘War against Women’ in Muslim societies