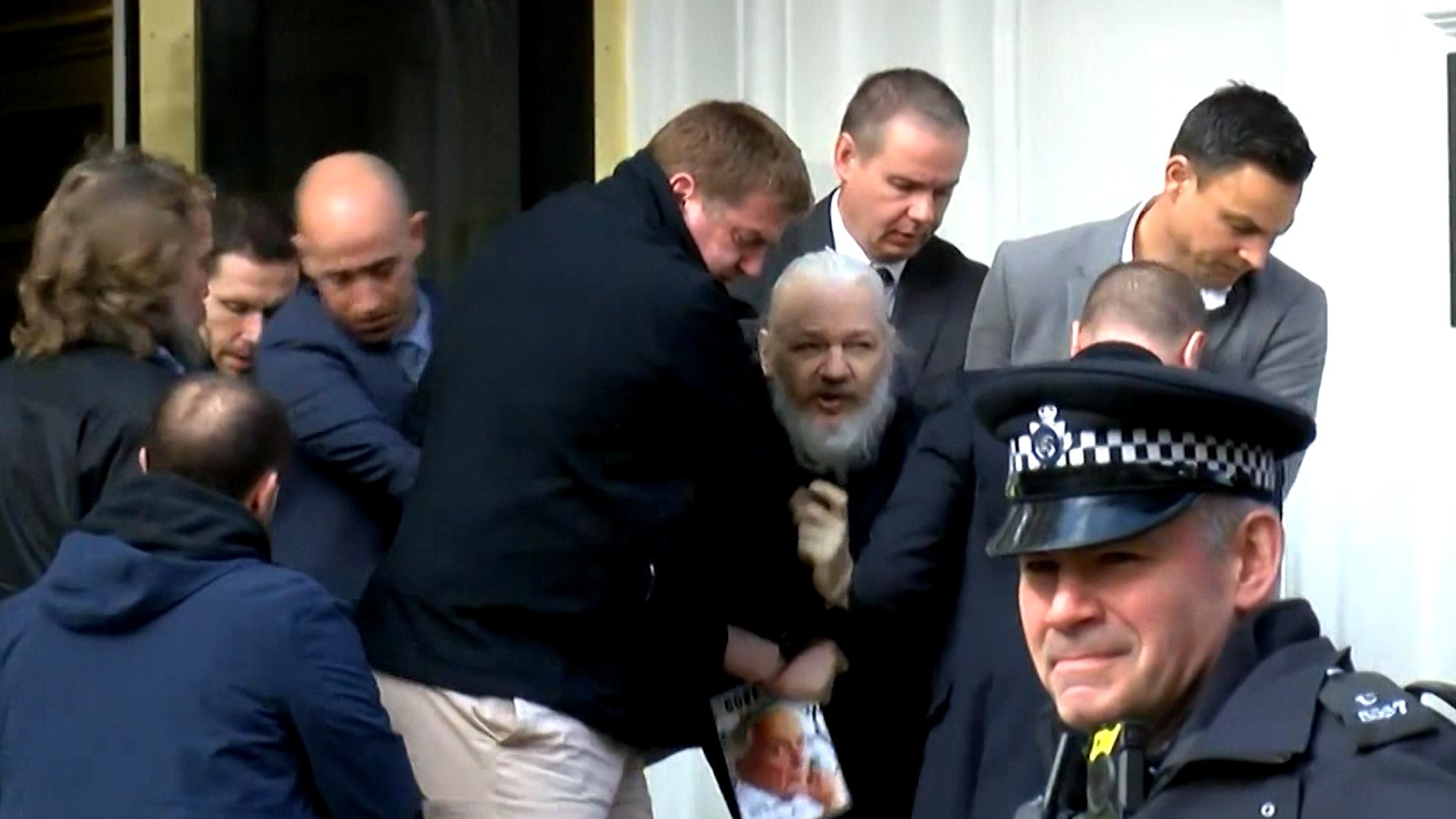 Sarah Palin, a likely Republican candidate for the presidency in 2012, has called for Wikileaks’ founder, Julian Assange, to be “hunted down in the way armed forces are targeting the Taliban and Al-Qaeda”. Assange, according to the potential next leader of the free world, is “an anti-American with blood on his hands”. Secretary of State, Clinton, suggests that Assange has attacked the entire “international community”. Other US leaders have assailed Bradley Manning, the youthful US army intelligence operative who passed secret cables to Assange, and called for his prosecution and even execution. Wikileaks, having been dismissed by Amazon and other internet service providers, has found refuge in Switzerland.

For some, it is impossible to oppose US foreign policy without being an irrational, backward, evil, fanatical terrorist, who is against all things decent. It is automatically to be branded “anti-American” against Americans per se and, therefore, almost “racist”. The construction is not dissimilar to what some Israeli leaders say when anyone criticises their country’s behaviour in Gaza and elsewhere: you are an anti-Semite. In the latter case, a Jew who criticises Israel is labelled “self-hating Jew”. An American who criticises his country, like Bradley Manning, is smeared as “un-American”. Such an approach to criticism unites a broad range of Americans – liberals to conservatives to neoconservatives, state agencies and private philanthropic foundations: it is a core element of an informal but powerful operational code that brooks little opposition and declares any criticism of the imperial hegemon as an attack on God himself or, in Clinton’s secular term, “the international community”.

As God, or the world community, the US is ordinarily used to controlling outcomes – at least that’s the operating myth. They are used to doing what they want and also portraying it they way they want. Al-Jazeera is bad enough but the wikileaks episodes have exposed America’s vulnerability at a particularly bad time. Having one’s secrets laid bare is galling but the knowledge that there’s more to come is truly frightening. And coming at a time when American power is meeting stern resistance all around the world – Iran, Iraq, Afghanistan, Korea, from a burgeoning anti-war movement inside the US itself – and the American economy is failing to produce jobs and growth, more fully exposes US vulnerability.

Imperial powers rarely see anything in isolation. They tend to believe in the interconnectedness of things. They see the world as an interdependent system; when something goes wrong in one part of the system it has knock on effects across the system as a whole. Hence, Wikileaks is seen as an attack on the entire “international community”, of which the US is the self-appointed head. And imperial hegemons do not appease aggressors.

It is difficult for the US to carry on “business as usual” even if the Wikileaks episode has been dismissed by some as of little or no consequence. Things have changed. For Americans brought up on the myth of America the ‘exceptional’ country, the City Upon A Hill, the beacon of light pointing the way to the rest of the world, the eschewer of wicked power politics, Wikileaks is nothing less than a reminder that the United States is like any other imperial power in history. In a deeply conservative nation, the American myth remains powerful: Wikileaks’ revelations chip away at American self-confidence, adding to the woes of lost status an expensive budget-busting war in Afghanistan, economic relative decline, rise of China, a faltering American dream, and so on. And all that plus being led by a black president – who is believed by disturbingly large proportions of the electorate to be Muslim and foreign-born, an outsider – who fails to deal with an ungrateful world in quite the same way as George W. Bush or a Ronald Reagan or a Sarah Palin?

“…wikileaks is nothing less than a reminder that the United States is like any other imperial power in history.”

At a conference on anti-Americanism a couple of years ago, it was said by one delegate that we should “take America out of anti-Americanism”. That is, expressions of opposition to US policies abroad revealed more about the speaker than they did about the USA. It revealed the speaker’s own psychological inadequacies, political motives, irrationalities. It echoed George W. Bush’s comment that anyone who attacks America does it because they “resent our values and envy our success”. It’s not America, it’s YOU.

Yet, American administrations must take heed of “anti-Americanism”: the issue occupies a myriad of Washington, DC, think tanks and public diplomacy experts, in and out of government. It vexes the American public – “why do they hate us?” – and it gives the opposition party a stick with which to beat the administration. And in some of the weighty reports produced by the blue-ribbon commissions headed by state intellectuals, there is a flicker of recognition, some credibility afforded to the notion that opposition to the US in the Middle East and elsewhere might actually be rooted in American behaviour – the deployment of lethal military force overtime, costing millions of lives- over large parts of the Third World, a failure to match deeds with lofty ideals. After all, the reports note, such large majorities like American films and culture and even wish to settle in the US – so they’re not actually anti-American. They say that they don’t like our policies, such as unequivocal support for Israel.

But the policy implications of that insight are simply too radical to pursue. Support for Israel reflects a core interest, as do so many other national security policies. Opposition to the US that results from defending and promoting core interests is considered inevitable and viewed as a bearable cost of American power. Great powers have been and will be hated. But they must continue to pursue their vital interests. Anyone who opposes imperial power in pursuit of core interests is, by definition, evil and, in the age of Guantanamo, a terrorist. PR

* Inderjeet Parmar is Professor of Government at the University of Manchester.

He is currently serving as Vice-Chair of British International Studies Association. Next post Beyond The Crisis: Global Faultiness, Recession and Resource Depletion