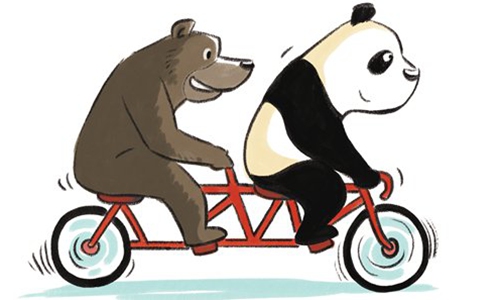 Except for the positive image of Russia/Russian in Chinese media, the people from Far East fears that the Chinese are out to trick Russians through unfair trade, steal their resources, and expand to their territory through legal and illegal migration.

In sum, Moscow swayed its attention due to the strategic arrangement. Beijing feels a psychological blockade fueled by the shifting position of Russia. As a result, the substantive reconciliation surpasses the strategic friendship. The bear and the dragon have transcended the former hostility to a certain degree, but are still distant from arriving at a substantive reconciliation. PR
Note:
* Lin Ren is a Ph.D. candidate of Center for Global Politics, Free University Berlin.
The draft of this article is based on my presentations, the feedback contributed by the other participates and the further discussion at the 11th annual Aleksanteri Conference: “The Dragon and the Bear: Strategic Choices of China and Russia”. Next post Asia’s New Great Game? The Geopolitics of the South China Sea