In today’s modern democracies, corporations wield significant influence over our lives, as well as over our governments. In the wake of the global financial crisis, it is evident that corporate interests are not always aligned with the public interest. Furthermore, there are few incentives for companies to adhere to this objective. This issue was raised last November in Melbourne at the Democratising Governance symposium organised by the Centre for Citizenship and Globalisation housed by Deakin University. In his presentation, Dr Hans Lofgren brought up the issue of democratising transnational pharmaceutical corporations. That of course relates strongly to the arguments made by Robert Dahl for example over fifty years ago: controlling corporations and ‘giant’ companies (in the words of Hans Blokland) was a striking feature of the USA’s New Deal and lead the political landscape as a top issue before and well into the 2nd European War (circa 1930s to 40s). This led me to ask about not only the feasibility of such an endeavour, but also about democratising other corporations, such as banks.

To offer one striking example, the Reserve Bank of Australia recently defied market expectations by keeping interest rates on hold, leaving the cash rate unchanged at 4.25%. But there are concerns that the ‘Big Four’ banks will announce an interest rate move independent of the RBA’s decision – which most have done. ANZ announced its interest rate decision, and banking analyst Brett Le Mesurier even noted that a rate increase would be a possibility. While banks would justify lifting rates in order to prop up profits amid a slump in loan growth, a rate rise would undoubtedly hit mortgage holders the hardest. The only way for consumers to voice their disapproval is to switch lenders or tell their governments that the citizens will control corporations.

In this light, it is easy to see that corporations such as banks are central to “the people”. I think that several individuals, if not all those participating at the symposium, would agree that because of their influence on our livelihood, we should bring them under our control. Indeed, I will argue that it is us – the people – that must come to decide how much profit a bank for example can make on its services; how much a pharmaceutical corporation can charge for its medicines; how a corporation is to be punished for breaching our laws; and many other pressing questions. As touched upon above, this argument is by no means original: it has been voiced by many thinkers over time and space within Europe, North America, and as we go later into the 20th century, almost all other major regions. This, I think, is because what people are seeking is a maximization of the ‘good’ and the minimization of the ‘bad’ as part of a broad normative understanding of the Good Society.
In banking corporations, the most numerous workers are typically paid the least with shareholders, board members and other elitist stakeholders earning gigantic salaries. To many, this situation does not ‘seem fair’ – and I would agree. Although it would be hard to take this next point past the realm of personal choice, it would be good to consider. I reason that individuals, like athletes in certain sports, should have a salary cap. Corporations, I think, should too have a salary cap. And, of course, a series of referenda should be the tool used to agree on the level of the cap and what to do with the surplus of capital.
I’d like to offer two reasons for this. Firstly, as Professor John Keane argued at the symposium late last year, democracy needs an ethos – a driving character for it to function. Without knowing the reason, why bother trying to figure out who the citizenry are; what powers we have and how we can use them; what we consider to be equality; how we think laws should be made and enforced; how we want to choose our leaders; and how we want to communicate? This ethos for most democracies is the need and want to keep power to account; to control our destinies and protect ourselves from the violence and damages that emanate from autocratic systems. I think a dramatic economic disparity (especially in societies where market trumps politics – again drawing from Blokland here) between aggregates in the citizenry is a form of autocracy: the haves typically control and the have-nots typically abide. And this leads us to the second reason for bringing corporations to account: they can do us great harm. Think of the recent global financial crisis, of Greece’s and possibly Portugal’s damaged economies, or of mega-projects going bad, such as dams and bridges.
Corporations have killed people with their follies, mistakes, and disconnect from democracies. They have maimed workers. They make people suffer by offering irresponsible loans, taking away houses built on false promises, forcing poor and sick people to prostitution to pay for their medicines. They humiliate people and debase many of us because of the important services they provide.
I’m neither anti-corporatist nor anti-capitalist, and this general argument is certainly not ‘true’ across the board. There is a great deal to admire in these systems such as their innovation, the growth of corporate social responsibility, technological drive, and socio-cultural impacts: think of the loved and hated ‘Apple revolution’ in certain societies around the world. But we need to better monitor these powerful bodies to keep them from stepping on us when trying to get their work done or trying to make their profits. As Calvinist political theorist Johannes Althusius would probably have argued, a corporation that inflicts damage on other citizens – such as having an arm severed in an industrial accident due to poor safety practices or over-work – results in both the literal loss of an arm and also the metaphorical loss on one individual’s ‘full’ productivity in our body politic.
The major question is: how do we do this? If we want corporations held to account and punished for their transgressions; if we want to determine their profit margins; if we want them to bring us the ‘good’ with-out so much of the ‘bad’; where do we exercise our sovereignty for this to happen? These are tough questions. And these, like others, will come to challenge societies in the future. It is important to view this discussion as not one of nationalising corporations: it is different. Here we are trying to think of monitoring, constraining the ‘bad’, and maximizing the ‘good’ of these bodies – a technique I would say

Corporations … make people suffer by offering irresponsible loans, taking away houses built on false promises, forcing poor and sick people to prostitution to pay for their medicines. They humiliate people and debase many of us because of the important services they provide.

in the same spirit as the New Deal. One easy and often overlooked method is to push for much greater enforcement of existing corporate laws. It won’t do us much good if we continue to create laws if those already existing are not rigorously enforced.
A good resource to draw from are existing ‘democratic’ bank governance structures commonly used by cooperative banking models. These are often labelled credit unions, mutual savings banks, consumers cooperatives, and labour banks. These institutions often promote an internal voting structure whereby members cast a vote for what is often a volunteer board of directors. Savings and loans rates are typically higher and lower (respectively) for members when compared to rates offered by ‘big banks’. Members too are typically the shareholders. A number of these institutions are also purported to have higher customer satisfaction and support local community initiatives. Indeed, this begs the question of why more individuals are not switching to ‘democratic’ banks which is something that warrants further critical research. Although these institutions are often not perfect and have numerous critiques levelled at them, the fact that members can change the model is nearly miraculous given the weakness of the customer in relation to corporate banks.
If joining a co-op is not your “thing”, one recommendation is that we seek to make “treaties” with our governments. Like indigenous peoples creating treaties to establish and protect their rights, we, as democratic citizenries, need develop a widely agreed upon document with only a few simple demands, recommendations, criticisms, or policy recommendations for our representatives to take and work on. And this is a key point: we must work with representatives that are elected rather than against them for this project to have any political reality. Just look to the Occupy movements – it is easy to see that the major criticism levelled at them (from both those with hopes for change and those critical of the movement) is the lack of coherent demands. At this stage, Occupy is a protest movement at risk of fizzling out, or going in circles like the revolts that worried parts of Europe in 1848. In that climate, representatives will try to deliver bits and pieces of change to appease rather than make strides towards robust progress in policy.
To be clear, such a treaty would not be about “nationalizing” anything. It is just adding another layer of democracy into areas of business that have the capacity to do peoples great harm. Let’s give a treaty a try and honour our indigenous colleagues by borrowing their political method to bring these important but dangerous corporations under democratic control.

Multinationals, or other civil society movements could present a large enough swathe of opinions to start an albeit skewed discussion. As talk ensues and consensus forms over three to four widely agreed-with demands, the government could take legislative action or a non-governmental body could present a white paper for the government to adopt.
That discussion above, one riddled with problems of which the largest is probably the ‘triumph of the will’ (or the actual serious adoption of such a treaty by a government), leads to a different stage of thought. If banks for example are constrained by such a treaty, what in effect could that lead to? Indeed, as mentioned above, even if such a treaty were to exist, without robust enforcement of corporate law it might as well be meaningless. Unfortunately, public law seems to suffer endemically from a lack of enforcement in most polities throughout the globe.
But, if corporate law were enforced and a treaty existed, we could expect (depending on what the demands of the treaty are) that banks would give us more interest on savings, less interest on loans, and possibly make it much harder to give us loans. The bulk of bank employees could also gain a greater share of profits boosting their salaries and ‘fat cat’ CEOs could have salary caps. The list of possibilities seems endless. It would be good to end this exploratory discussion with a question: how can a corporation justify an ‘obscene’ profit whilst employees are under-payed, customers are given a ‘raw deal’, and the communities stores are found in gain no palpable benefit? PR
Notes:
* Dr. Jean-Paul Gagnon is a social and political theorist with a Ph.D. in political science. He completed his doctorate at the Queensland University of Technology under the aegis of Australia’s prestigious Endeavour Award.
** I would like to especially thank The Conversation’s Gillian Terzis for her generous discussions with me. They were instrumental to the making of this argument. 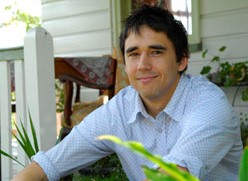 Next post Cypriot Natural Gas and the Eastern Mediterranean: Between Crisis and Cooperation