It is obvious that Iran seeks a bigger share in the distribution of power in a post-Cold War Middle East, especially now that the U.S. retreats its troops from Iraq and Afghanistan. Although such an ambition could be realized through soft power tools (see Turkey), Iran has chosen to stand up against the West, mainly through its nuclear program and the threat this poses to the region of the Middle East.

Mahmoud Ahmadinejad’s anti-western and anti-Semitic discourse is trying to attract the Muslim community and put Iran high on hierarchy in the region, becoming automatically the “bad guy” of the Middle East, a scenario a la Iraq when Saddam also envisioned a bigger role for his country. However, in this case, the storyline will not be identical. Israel is the only country that really faces a direct threat, as Iran continues to defy the West and focus on its nuclear weapon building. Action needs to be taken in order to erase the danger. But why are things more difficult for Israel and the West right now? Why is military action against Iran out of the question at this very moment?

a) The ongoing Arab Spring, which started a year ago, although it had the positive outcome of throwing out of the “game” some lifetime dictators, left chaos and anarchy behind. These dictators had been supported by the West for many decades and suddenly the picture changed and the cards were reshuffled. How can the US cope with the ongoing situation? Obama has to deal with it, so a focus on Iran will undoubtedly restrain the U.S. and many of its interests in the Middle East, something that Americans cannot afford. Let us not forget the new focus of the US foreign policy on South East Asia and the Pacific in an attempt to contain the rising Chinese power.

b) While these lines are being written, Syria is still in huge turmoil and a high number of people die every day by government’s fire. The international community’s attention is currently guided to this direction, along with the UN resolution efforts, which are undermined by the Russian and Chinese vetoes. Iran does not want Assad to fall and tries its best to keep the current situation as it is because by doing that Ahmadinejad gains time for his nuclear visions. The U.S. expected Russia and China to behave as they did with the Libyan case but this time they stood against the West and made the UN reach a stalemate. Therefore, as long as the Syrian issue is not resolved, Iran is free in its moves.

c) What is Europe’s stance on Iran at the moment? So far, Europeans, other than posing economic sanctions against Iran, could not do any other harm mainly due to the economic crisis that threatens the EU’s very existence and its currency, the euro. Thus, for the time being, the big European powers (Germany, France and the UK) cannot collaborate with the U.S. and take up any military action against Iran as such action would be catastrophic for the EU.

d) Another important reason that no military action can take place is the domestic reality within the United States. The American public opinion cannot just give Obama the green light for another adventure in the Middle East after the fiascoes of Afghanistan and Iraq, where thousands of U.S. troops lost their lives while chasing Osama Bin Laden and trying, in vain, to discover weapons of massive destruction in Iraq. At the moment, the American President and its advisors are more concerned with the forthcoming presidential elections and another war, especially in the sensitive area of the Middle East, would undermine his image and maybe cost him his seat in the Oval Office.

e) The U.S. Secretary of Defense, Leon Panetta, said around a month ago that Israel is preparing an attack against Iran in the next months. Without any doubt, Israel would like to attack Iran’s nuclear facilities and prevent Iran from becoming a regional power. But, can this become a reality under the circumstances? It is certain that Israeli forces prepared many scenarios and plans for a possible war with Iran over the last years. As in the beginning of the 21st century and the case of Iraq, Israel does not want to be neighbors with a country that allegedly wants to eliminate it from the map. Therefore, a war against Iran would be ideal for Israel but on one condition: with the support from the West, especially, her transatlantic ally. But, as mentioned above, the U.S. cannot give this assurance to Israel given the current domestic, regional and international situation. The only solution, then, is only to force Iran diplomatically and economically, but not militarily and this is what frustrates the Israelis as time passes by against it.

The last months, we see many activities taking place in the Middle East. U.S. troops, fleets and bases started surrounding Iran in case the latter decides to close down one of the most strategic points of the globe, the Straits of Hormuz. If this is realized, it would have great negative consequences on the world economy. Israel is intensifying its military operations near the Iranian borders. The sanctions, imposed from both the U.S. and Europe, are trying to suffocate Iran. All these actions have one objective: to force Iran to attack first! Israel cannot and should not start a preventive war against Iran, because not only it is against International Law but also because the whole international community would condemn Israel, which is something that the latter cannot afford, especially now that the Palestinians are trying to force the world to accept their state. Such a move, thus, from Israel would be disastrous for its national interests.
Iran is being pushed to its limits and it is expected to somehow get involved in a military action that would give the right to the West to attack back by being loyal to International Law and by showing that Iran started the war.
How Iran will act is something that only Iranian decision-makers know and what we can do is only speculate. What is for sure, however, is the fact that every moment that passes by without any action, gives the benefit to Iran because it is not the one that wants to change the status quo of the area. The future will show. PR
Note:
* Panagiotis D. Andrikopoulos is a Doctoral Researcher in Department of International Relations at Kadir Has University of Istanbul, Turkey. Previous post Isreal’s fear of Democracy in the Middle East 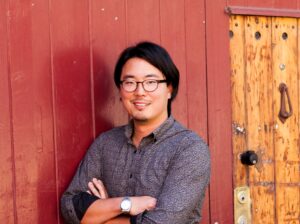 Next post An Interview with Dr Mark Chou: Addressing Democide and its Implications for Politics