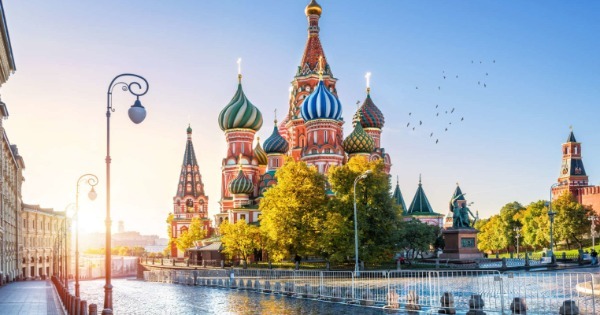 Our dear Mother Russia is sick and dying. Power remains as centralized as ever, and the public is still unable to rely on this centrality for security and health benefits. The inability of the Russian government to address the issues surrounding the health of its country has resulted in an unprecedented health crisis never seen before in a literate, urbanized society during peacetime.

The explosion of the HIV/AIDS virus, tuberculosis, cardiovascular disease, the growing problem of alcoholism, and the decrease in the birth rate remain widely overlooked by Kremlin—an ignorance that is sure to have catastrophic affects on Russia’s near future. The combination of the high death rate and low birth rate, as well as the low life expectancy of the Russian people has resulted in a steep population decline, and the Russian populace has been labeled as the “disappearing population.”1

Almost in direct contrast to the looming effects of the population crisis, the Russian government has defined very specific and ambitious goals for the country. In 2007, Moscow declared that it aims to achieve and maintain an average annual economic growth of 7% per year. This growth will potentially quadruple Russia’s GDP and place the nation as the fifth largest economy in the world by 2020.2 However, unless the Russian government begins to address the factors causing the population decline, Kremlin’s economic goals will not only become unachievable but will experience a setback, and the country’s role as a key player in the world will diminish.

One of the biggest causes of the decline in population is the shift in family dynamics away from marriage, and the corresponding decrease in child birth. Russia is experiencing a revolution in family values with a significant decrease in the number of couples choosing to get married, and a significant increase in divorce. Since the 1990s, more women have opted for cohabitation before marriage, and often forgone marriage altogether.3

In addition to the decline in marriage rates, there is a significant decline in women choosing to have children. The lack of financial security is forcing many Russian women to choose abortion instead of motherhood. Andrei Akopyan, the head doctor at a Moscow reproduction and family planning clinic, predicts that the number of abortions will increase by approximately 11%, which he attributes to current economic woes. In fact, based on results from the Russian Public Opinion Research Center, VCIOM, only 5% of women polled in November 2008 are planning to become pregnant in the next two years.4 The numbers become even more desperate when considering the rising number of unhealthy babies being born. Only 30% of children born in Russia are healthy; 50% of newborns lack either iodine or calcium, the leading causes of brittle bones and mental retardation;5 seven in every ten newborns suffer from some kind of disorder; and one in twelve babies is born underweight.6

Those women who do choose to give birth face many risks, from losing a job to dying in childbirth. According to the World Health Organization, a Russian woman is six times more likely to die in childbirth than a German woman.7 Combined with the high chance of giving birth to an unhealthy child and the unstable finances of the majority of the population, it is no wonder the birth rate has decreased.

The crisis only worsens as the death rate (16.06 per one thousand) continues to outnumber the birth rate (11.03 per one thousand). One of the dominant and rising killers is the HIV/AIDS virus. According to 2007 estimates, approximately 940,000 Russian citizens, or 1.1% of the population, are living with HIV/AIDS and the number is increasing exponentially. 8 Most unfortunate, 80% of the population that will die from the disease will be between 25 and 39 years of age—the prime age for family formation and labor production.9 In addition, Russia is facing a quickly increasing rise in tuberculosis cases, which nearly quadrupled in the 15-to-17-year-old age group between 1989 and 2002.10 The death rate from cardiovascular disease is four times, and the death rate from accidents, injuries, homicides, suicides, and other “external causes,” is five times higher than that of the European Union. 11

Majority of these health problems and deaths are linked to the biggest problem facing Russia today: alcoholism. Alcoholism or alcohol dependency is a significant factor in two-thirds of deaths for men under the age of 55, given the life expectancy for Russian men is about 61.5 years. Russian women fare slightly better with a life expectancy of 73.9 years.12 The Russian government is almost blissfully unaware of the health crisis afflicting its citizens; does not have accurate data on the number of people suffering from the major diseases; and is doing very little to curb this horrifying death trend.

Regardless of whether it is a genuine lack of knowledge or an unwillingness to deal with the problem, the Russian government immediately needs to begin addressing necessary measurement for the prevention of the declining population. Otherwise, it will face significant consequences reversing its economic progress and jeopardizing its current influence over the rest of the world. A major consequence of a declining population is the declining labor force. Since 1992, the Russian population has decreased by more than twelve million, and this trend is expected to get worsen.13 If the quality of healthcare in Russia is not improved and the Russian populace does not become more aware of the diseases, the increasing death rate will leave a titanic vacancy in the work force diminishing chances for recovery.

Such a significant health crisis affects the economy in three distinct ways. First, studies show that each person suffering from a chronic disease in a household reduces that household’s spending on non-health goods by 5% and decreases income by 4.8%.14 In Russia, where a large portion of the population is suffering from one chronic disease or another, these percentages signify a momentous loss to not only per capita output but also a decrease in consumer spending—both factors are detrimental to the health of an economy. Second, such a high death rate makes it unprofitable to invest in higher education and/or additional training for the workforce, both of which are essential to the continued growth of a healthy

The Russian government is almost blissfully unaware of the health crisis afflicting its citizens; does not have accurate data on the number of people suffering from the major diseases; and is doing very little to curb this horrifying death trend.

economy.15 Third, significant population decline could potentially affect international investors decision to invest. Deutsche Bank economist, Markus Jaeger, explained this best when he said, “Where will the investor chose to invest? In India or China, where the income per capita grows together with the population or in Russia, where the income per capita is growing, but the consumer market is shrinking.”16 Taking these three factors into account, it is not a surprise that Russia’s economy is estimated to lose $400 billion dollars in the next 20 years.17
The economy will not be the only issue Kremlin will have to confront if it decides to ignore the declining population. A second, equally important, consequence will be the depletion of able-bodied personnel to fill the ranks of Russia’s immense military resulting in a weakening of the defense system and political stability. The historically great Russian military will see a significant decrease in healthy, educated, and competent conscripts to fulfill the ambitious goals of Putin and his cabinet. In 2004, only 43% of those joining the navy finished high school and only 13% received higher education degrees.18 While the rest of the world is relying on more technologically advanced and intelligence focused security measures, Russian army will grow weaker as less and less of those enrolled are skillful enough to learn to operate the advanced computers, weapons, and other technologies necessary to protect the country in an ever advancing world.
To begin reversing the economic and security crisis looming at Kremlin’s door, the Russian government needs to focus its attention on the depopulation crisis ravaging the country. One of the major concerns needs to be the reformation of the health care system to provide Russian citizens with widespread, easily available, and welcoming public health services. Supplemented with a massive public awareness campaign providing information on HIV/AIDS, cardiovascular disease, tuberculosis, and alcoholism, these reforms could begin to reverse the trends of the diseased-ridden nation and to grant hope to the people of a once-proud country. In addition, the government should continue to provide incentives for couples to form family  units. Starting in 2006, Putin’s government launched a successful campaign to increase the birthrate; doing everything from offering cash payments to new parents to putting up pro-family posters in public spaces.19 While there has been an increase in births, it is unlikely to continue if potential parents do not feel that they are able to support a family. To create sustainable economic growth, the Russian government needs to implement measures to create jobs and economic stability for the Russian people. Only by refocusing on the people—their health, well-being, and sense of stability—can Kremlin reverse the trend of the “disappearing population,” continue the growth of its economy, and remain an influential power in the world. PR
Notes:
* Alina A. Smyslova is a Master of International Affairs Candidate at the School of International and Public Affairs, Columbia University.
1. Christine Danton, “The Health Crisis in Russia,” Total Research Digest: Human Rights in Russia and the Former Soviet Republics 2007: 42.
2. Nicholas Eberstadt, “Drunken Nation: Russia’s Depopulation Bomb,” World Affairs Spring 2009: 52.
3. Eberstadt, 53.
4. “Crisis bad news for Russia’s shrinking population,” Agence France-Presse (AFP), 17 May 2009, 7 June 2009 <http://www.google.com/hostednews/afp/article/ALeqM5gb1dBVdxDj4PB1E8_BrYAeJPqiuw>.
5. “A sickening state,” The Wilson Quarterly Winter 2009: 86. Next post Bacha Khan and Nonviolence: Hope for Peace in Afghanistan and Pakistan