Recently Turkey’s Ministry of Foreign Affairs (MFA) has taken an initiative to encourage crude oil transport via the projected Samsun – Ceyhan oil pipeline, instead of the overcrowded Turkish Straits, Istanbul and Canakkale (Dardanelle).

If Turkey plays its cards correctly, canalling the traffic to the pipeline could prove to be a win-win situation for both parties. However if Turkey overestimates its authority on the Straits, well, the issue could turn into a showdown causing Turkey to lose its diplomatic influence on the Straits simply by demanding too much and not getting it.

Turkey’s MFA has taken an initiative to support Samsun-Ceyhan pipeline project, especially to promote it as an alternative to Turkish Straits. Turkish metropol Istanbul is founded on both sides of the Bosphourus. On average 28 tankers per day proceeded through the strait in 2005. The argument is simple: Istanbul cannot afford an environmental and/or humanitarian catastrophe, and in case of such an accident not only Istanbulites, but also the companies in the extractive sector would lose, for not delivering on time and keeping idle ships stranded in the Black Sea. This, obviously, is a lose-lose situation.

Two international agreements regarding Turkish Straits, are relevant to MFA’s argument. First is the Montreaux Convention. Turkish Straits are regulated with Montreux Convention since 1936. The Convention is signed by multiple parties, among which are the UK, France and USSR; and it guarantees free pas-sage of civilian vessels in peacetime but has restrictions on armed vessels. Second is the “voluntary principles” document signed in 2000 by the companies such as Chevron, Texaco, Conoco, Shell and BP, as well as governments of the United States and Britain.

Montreaux Convention prevents Turkey from having direct political influence on the Straits. Article 2 of Montreaux Convention (1936) states, “in time of peace, merchant vessels shall enjoy complete freedom of passage and navigation in the Straits, by day and by night, under any flag with any kind of cargo.” The Convention does not obligate signatory countries to provide protection for well-being or environmental protection of citizens. One, however, can argue that secure navigation is a crucial element of the Convention, therefore Turkey has the right to regulate therefore control navigation through the Straits. But such an argument would only be acceptable coming from an influential player in the region.

The second document is a 2000 dated “voluntary principles”, signed by companies in the contractive industry, governments such as the US and the UK as well as NGOs . The document includes phrases such as: “Companies recognize a commitment to act in a manner consistent with the laws of the countries within which they are present, to be mindful of the highest applicable international standards, and to promote the observance of applicable international law enforcement principles (e.g., the U.N. Code of Conduct for Law Enforcement Officials and the U.N. Basic Principles on the Use of Force and Firearms by Law Enforcement Officials),” 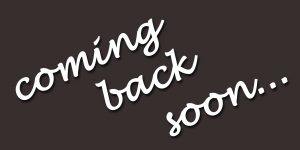