The author is a Foreign Policy Analyst and has Ph.D. Degree in the Centre for Russian and Central Asian Studies at the School of International Studies, Jawaharlal Nehru University, New Delhi.

United Nation Resolution on Darfur: The UN Security Council has passed, with two abstentions, the following resolution calling on Sudan to end attacks by militias in the western region of Darfur

The Security Council: Recalling its Presidential Statement of 25 May 2004 (S/PRST/2004/16) and its resolution 1547 (2004) of 11 June 2004 and its resolution 1502 (2003) of 26 August 2003 on the access of humanitarian workers to populations in need, the leadership role and the engagement of the African Union to address the situation in Darfur and expressing its readiness to support these efforts fully. The communique of the African Union Peace and Security Council issued S/2004/603 on 27 July 2004. The sovereignty, unity, territorial integrity, and independence of Sudan as consistent with the Machakos Protocol of 20 July 2002 and subsequent agreements based on this protocol as agreed to by the government of Sudan.

Grave concern: Reiterating its grave concern at the ongoing humanitarian crisis and widespread human rights violations, including continued attacks on civilians that are placing the lives of hundreds of thousands at risk. The consequences of the conflict in Darfur on the protection of civilian population in armed conflict, including women, peace and security, children in armed conflict, internally displaced persons, and refugees.

Lives at risk: That without urgent action to address the security, access, logistics, capacity and funding requirements the lives of hundreds of thousands of persons will be at risk. Welcoming the ongoing international diplomatic efforts to address the situation in Darfur, noting with grave concern that up to 200,000 refugees have fled to the neighboring state of Chad, which constitutes a serious burden upon that country, and expressing grave concern at reported cross-border incursions by Janjaweed militias of the Darfur region of Sudan into Chad and also taking note of the agreement between the government of Sudan and Chad to establish a joint mechanism to secure the borders.

Measures: The government of Sudan fulfils its commitments to disarm the Janjaweed militias and apprehend and bring to justice Janjaweed leaders. That all states shall take the necessary measures to prevent the sale or supply to all non-governmental entities and individuals.

Constant engagement: Support for the Naivasha agreement signed by the government of Sudan and the Sudan People’s Liberation Movement. The international community to make available much needed assistance to mitigate the humanitarian catastrophe now unfolding in the Darfur region. Special representative for Sudan and the independent expert of the Commission on Human Rights. Resolution 1547 for an additional 90 days to 10 December 2004 and the mission contingency planning for the Darfur region. Full support for the African Union-led ceasefire commission and monitoring mission in Darfur.

In November 2006, the UN and the AU agreed on a three-phase action plan for Darfur, the so-called UN Darfur Plan: The first phase which has already begun, involves UN provisions of logistical and technical support for the deployment of the African Union Mission in Sudan (AMIS) in Darfur. The second phase 3,000 UN peacekeepers, including helicopter gunships, will be deployed to Sudan; the Sudanese Foreign Minister Lam Akol agreed in mid-April on activation. The third phase the so-called “heavy support package” involves the deployment of a 20,000-strong “hybrid” UN-AU force.

Arguments in favor of the UN Darfur Plan: The AU is facing a serious financial crisis and has officially recommended that the UN take over its mission; 7,000 AU troops are not sufficient to cover Darfur and to end aggressions.

Arguments against the UN Darfur Plan: The Sudanese government will not accept more than 12,000 troops in the country and opposes UN leadership in the hybrid force. Even 20,000 troops fall well short of what is needed to halt the genocide.

A further possible solution to the Darfur conflict could be achieved through diplomacy, without external military involvement of the UN, NATO or other actors. Under a diplomatic framework, a united international body would pressure the Sudanese government and the rebels into a meaningful peace process.

Arguments in favor of a peace agreement: A political settlement among all parties involved in the conflict is the only way to achieve long-term progress in Darfur. Using military force to end the conflict could lead to a complete collapse of north-central Africa into war and anarchy.

Arguments against a peace agreement: Experience in dealing with the Sudanese government has shown that, without military support, there will be no peace. It is impossible to negotiate a political agreement among 15 different rebel factions, whose relations are characterized by mistrust and dissatisfaction.

Send in NATO and US troops

Susan E. Rice, former US Assistant Secretary of State for African Affairs and currently a Senior Fellow at the Brookings Institution, has asked George W. Bush to give an Executive Order that would authorize him to use force to stop the genocide in Darfur. This Executive Order would involve the deployment of bombing aircraft, the creation of a no-fly zone over Darfur, the imposition of capital market sanctions on companies investing in Sudan and the freezing of Sudanese governments’ assets and those of key Sudanese military, government and Janjaweed leaders. Rice’s suggestion involves the stipulation that, if the Sudanese government does not relent within 15 days of the issuance of the Executive Order, the Bush Administration should use military force—preferably with NATO involvement and UN support- to compel Khartoum to admit a robust UN force and stop killing civilians.

Arguments in favor of military deployment: US cannot allow another state to threaten the West by creating terrorist structures and committing genocide. US military (especially Air Force and Navy units) is capable of carrying out another mission.

Arguments against military deployment: Unless the consent of the UN or a relevant regional body is achieved beforehand, the US move would violate international law. Moreover, in the aftermath of the Iraq War, aggressive military measures would be counterproductive; the US would be handing Omar al-Bashir a propaganda victory and a chance to rally support.

The Operative paragraph 15 of Resolution 1769 is framed under Chapter VII of the Charter, implicitly authorizing UNAMID to use force or in UN-speak. Accordingly, the necessary action, in the areas of deployment of its forces and as it deems within its capabilities in order to:

A priority of the emerging independent state is to make sure that it establishes strong relations with north Sudan after the secession of the South following the referendum on independence. The Southern Sudan Referendum Commission indicates that South Sudan’s people have voted overwhelmingly for secession by 99%. The demarcation of 2,000 km north-south border is not yet concluded. Officials from both north and south have expressed their commitment to resolve the issues in a peaceful manner and forge good relations in the future. There is an estimated population of 50,000 Darfurian citizens already residing in South Sudan, in addition to other citizens coming from other regions of north Sudan. Most of them are business people trading in South Sudan. Darfur shares long borders with  South Sudan’s two states of Western and Northern Bahr el Ghazal. Days before the referendum started on 9 January, Northern Bahr el Ghazal state was subjected to aerial bombardments by the Sudan Armed Forces (SAF) which claimed to be pursuing Darfurian rebels, alleging they crossed the border to South Sudan.

This article focuses on the situation in Darfur and the role played by the United Nations during its conflict. In August 2009, the UN military commander in Darfur announced the end of the war in the region, making South Sudan a new independent state. Does this mean that the UN has played a successful role? It is indisputable that United Nations is regarded as an important and active international actor in Dispute Resolution. Resolutions and embargoes adopted during the Darfur crisis were ignored by Sudan and the veto postponed intervention. Officials did not fully promise to make a practical arrangement because the policies were not sound and the decisions were not holistic. After all, no one won from the war, and as far as history is concerned, the war did not give each other a favorable situation. Sudan in General and Darfur in Specifically Specific Development Policy, Social Justice and Decision Making Mechanism Take into account the ethnic and social structure of society. Governments must protect citizens’ rights from all forms of attack based on color, race, ethnicity, or religion. Tribal legal practices also need to be replaced by a system based on the rule of law to avoid possible violations and unresolved disputes.

United Nations (2005) Report of the International Commission of Inquiry on Darfur to the United  Nations  Secretary-General. Retrieved from http://www.un.org/news/dh/sudan/com_inq_darfur.pdf (Accessed  10.09.2016). 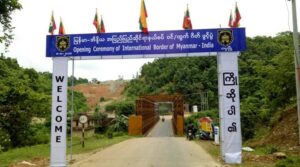 Previous post The Ambush: Political Situation in Myanmar and Insecurity along the India-Myanmar Border 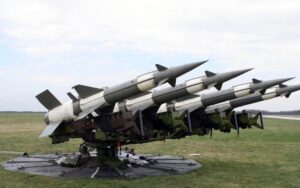 Next post Weapons of Mass Destruction Governance after the Pandemic: Threats, Challenges and Lessons Learned