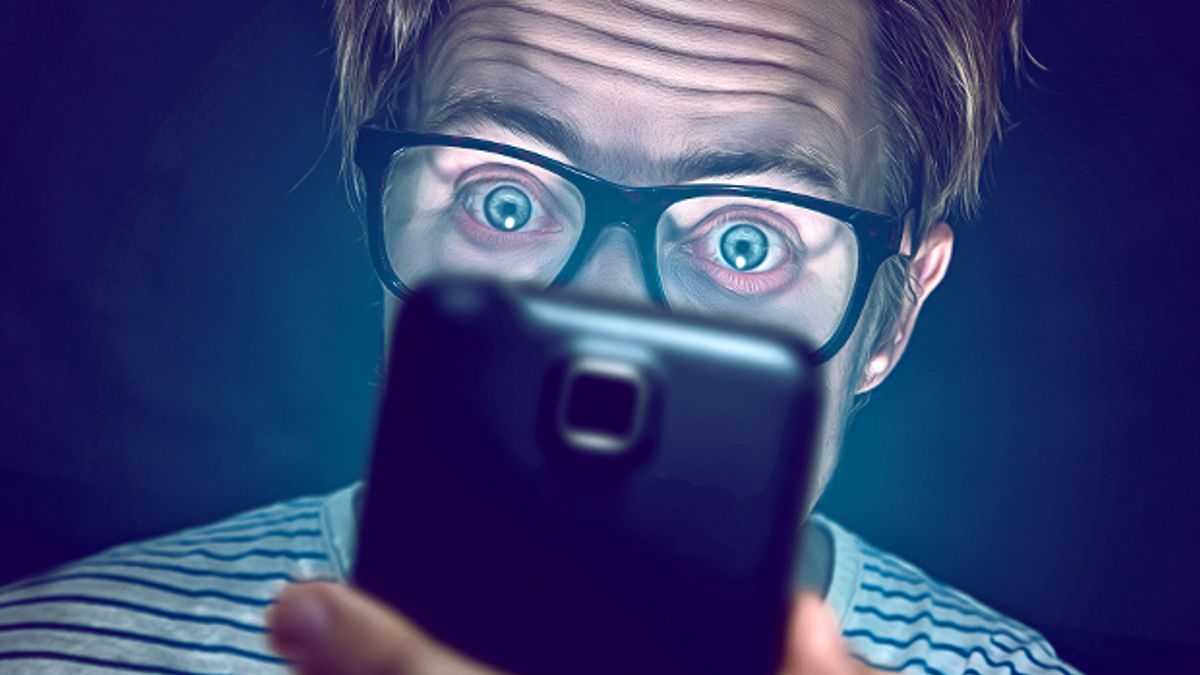 In Political Reflection Magazine, vol. 3, issue 3, Dr. Terry Tucker writes about the role social media played in the Arab Spring and the campaigns against SOPA/PIPA (Stop Online Piracy/Protect IP Act) and NDAA (National Defense Authorization Act). His article consists primarily of a list of lessons learned from these highly disparate “events.” In the first paragraph he claims that they are only “seemingly unconnected,” and the text proceeds without mentioning the vast differences in context—the lessons learned from revolts and revolutions gets lumped in with lessons from political campaigns in democratic countries.

The “lessons learned” are presented without clear references to analyses or descriptions of these cases, as if the conclusions were self-evident and independent of political context. Given the vast differences between these cases it is probable that Dr. Tucker attempts to draw generally applicable conclusions about the consequences of social media for political engagement rather than restricting his analysis to specific cases.

Dr. Tucker is very optimistic about the possibilities of social media, and his article echoes of the writings of Martin Hauben, Howard Rheingold and other earlier preachers of the revolutionary potential of new information and communication technologies (ICTs). The lingo is the same—revolution, regime change, and end of history. Another similarity with earlier cyber-optimists is how Dr. Tucker writes about social media as if it was a living entity possessing agency. Among other things, we can read about what social media “has done in the Middle East” (emphasis added). Cyber-optimism was a common position in the early years of the debate about the political consequences of ICTs, within and outside of academia, and the debate was plagued by opposition between optimists and pessimists for many years. Within the scholarly community a clear empirical turn in the research around ICTs and politics has pushed the debate forward toward a more realistic middle ground. In the wider debate, this development is still to come.

Dr. Tucker’s piece illustrates all too well the unfortunate gap between the wider political debates around social media (in which we include Dr. Tucker’s article) and empirically grounded research. Recently, a growing interest in social media and online political engagement has arisen outside academia resulting in a widely read debate with little connection to the empirically grounded research in this field. The consequence of this divide has been that wild claims contradicting earlier knowledge of social science are made and published, reaching a large audience without being challenged. The aim of this article is to challenge some of Dr. Tucker’s wilder claims in order to illustrate how important parts of Dr. Tucker’s reasoning are at odds with empirically well-grounded observations within the research field. We end the article with reflections on the potential gains of bridging this divide for the understanding of the relationship between social media and politics.

According to Dr. Tucker, the birth and global spreading of social media is causally related to the recent revolutions in non-democratic regimes. Apparently, “[s]ocial media is best suited to a ‘Maoist’ strategy” where “the will of your opponent is quickly overcome through indirect means and psychological mass” (p. 25). Tucker also presents a historical ranking of social revolutions, claiming that, “The most profound revolutions to date were social media population-centric resistance movements” (p. 26). However, the most surprising and inaccurate statement is saved for the end of the article where he states that:

“Revolution may not be the aim, but in most cases to date it has been the outcome. Social media and the growing body of collective effort create a sense of inevitability of perceived outcome and regime change. The sense of narrative creates actions before consequences. Social media creates a sense of the ‘end of history’ as the nuanced version of the narrative creates millions of identifiable personal stories, statements, or chronicles feed the proverbial beast. The ethics and universalism of the moment is greater than the parts.” (p. 26)

This kind of revolutionary prophesies was not uncommon among cyber-utopists in the 1990s, nor was the form of technological determinism evident in Dr. Tucker’s writing. While such opinions may have been common back then, today they are nearly extinct. For good reasons, few still talk as Dr. Tucker does of the “inevitability” of regime change in relation to social media. The accumulated knowledge of research on the Internet and politics gives us at least three reasons to question this statement.

1- Revolution is far from a common outcome of social mobilization with support of ICTs and social media. In fact, the thresholds for political engagement among citizens, in democracies and authoritarian regimes alike, remain largely unchanged by recent technological advancements. This is evident by the hundreds of studies of the so-called mobilization hypothesis (among the more famous examples we find Margolis and Resnick’s book, “Politics as Usual”), investigating the claim that new forms of political communication and engagement offered by ICTs will help mobilize new groups of citizens to become politically active. This research shows that the cognitive and social recourses that have traditionally been important for explaining political participation are still significant for understanding online political engagement. In many ways the digital divide shown by this research mirrored the previously known inequalities that created a divide between politically active and non-active. Therefore, social media is not mono-casually linked to social mobilization, a prerequisite for revolutions to occur. The new socio-technological landscape does not in itself mobilize earlier inactive citizens to become engaged in political protests.
2- Social revolutions (in any form) are no more common in the age of ICTs and social media. On the contrary, the occurrence of revolutionary wars, coup d’états and adverse regime changes was highest around the fall of the Soviet Union and has since started to decline. Except for the years after the end of World War II, the past decade has been the most stable period of the post-war era.

3) Dr. Tucker does not discuss the many ways that authoritarian regimes employ ICTs and social media in order to stabilize the regime and battle oppositional forces. Social media gives non-democratic governments excellent opportunities for surveillance and propaganda. From the UN E-government surveys (conducted between 2003 and 2012) it is evident that non-democratic regimes have caught up with, and in many cases, passed advanced democracies when it comes to advancements in the political usage of ICTs, in recent years. Among the most advanced E-government nations in the world we now find regimes such as China, Bahrain and Kazakhstan. This side of the story is not only important but also well researched and debated within the scholarly community. Among other important works in this area, Kalathil and Boas’s book, Open Networks, Closed Regimes (from which this article’s title is borrowed), have helped change the debate from a blind optimism to a realism that acknowledged that ICTs and social networking are a double-edged sword in relation to democratization.

Social media and universalism
Dr. Tucker views online political activism as a universal, liberal (in the U.S. sense) and democratic movement. He said, “Within this cloud is a network of individuals and communities that identify with a single and or multiple unifying factors, such as: grievances over corruption, religion, governance and unemployment,” (p. 24), and talks of a movement characterized by universalism and common ethics.
If researchers studying political engagement and social media have learned one thing over the past decade, it is that online political engagement is highly fragmented and Balkanized. Just like (or even more than) other political practices, online politics is ideologically diverse and polarized. Several studies have shown that political social media use highly depends on ideological preferences. Some (most prominently Cass Sunstein) even claim that the structure of the Internet reinforces this polarization, and that it undermines possibilities for deliberation over ideological divisions. According to some scholars, the U.S. political blogosphere is divided into several functional blogospheres with little communication between them as democrats communicate with democrats, republicans with republicans and so on. This observation is not isolated to the U.S., but evident in studies of social media use from many different contexts.

This does not mean that online politics are one-dimensional or that debates and solidarity between different groups are impossible. American political scientist Henry Farrell notes the difference in the Egyptian blogosphere before and after the regime change; before, bloggers of different political stripes emphasized their common opposition while after Mubarak’s regime fell, the solidarity between groups vanished. This is an important aspect of online politics—even though it is a political sphere in its own right, with its unique mechanisms, it is everything but disconnected from conventional politics and the political behavior associated with it. Therefore it is hard to understand how Dr. Tucker can talk about a universal and ideologically coherent movement of social activism; a fuller explanation must include both its inclusive and exclusive qualities.
Conclusion
Our aim is not to suggest that social media and ICTs are without consequences for political mobilization and social change. In fact, we are dedicated to understanding this area because of our belief in the transformative potential of ICTs. Hopefully, the debate will progress, move away from techno-determinism and polarization between techno-utopian and techno-phobic positions, and accept that ICTs are embedded in and affected by pre-existing social and political orders. That would give us a chance to gain a fuller understanding of the consequences of ICTs and social media for politics, government and democracy. Articles such as “Social Media: Lessons Learned for Political Engagement” and its overtly optimistic view of social media and its capacity to change the world are a step away from a more realistic and nuanced debate. PR
Notes:
Response to “Social Media: Lessons Learned for Political Engagement” by Dr. Terry Tucker, Political Reflection Magazine, vol. 3, issue 3.
* Martin Karlsson is a Doctoral candidate in political science at Örebro University in Sweden, specializing on the relationship between ICTs and politics.
** Pär Isaksson holds a master degree in political science from Örebro University in Sweden. Pär is specialized in democratic theory and political philosophy.
1. The currently available data lacks the years of the recent protests and revolutions in the Middle East (2011-2012). However, it is evident that these events do not change the overall picture.